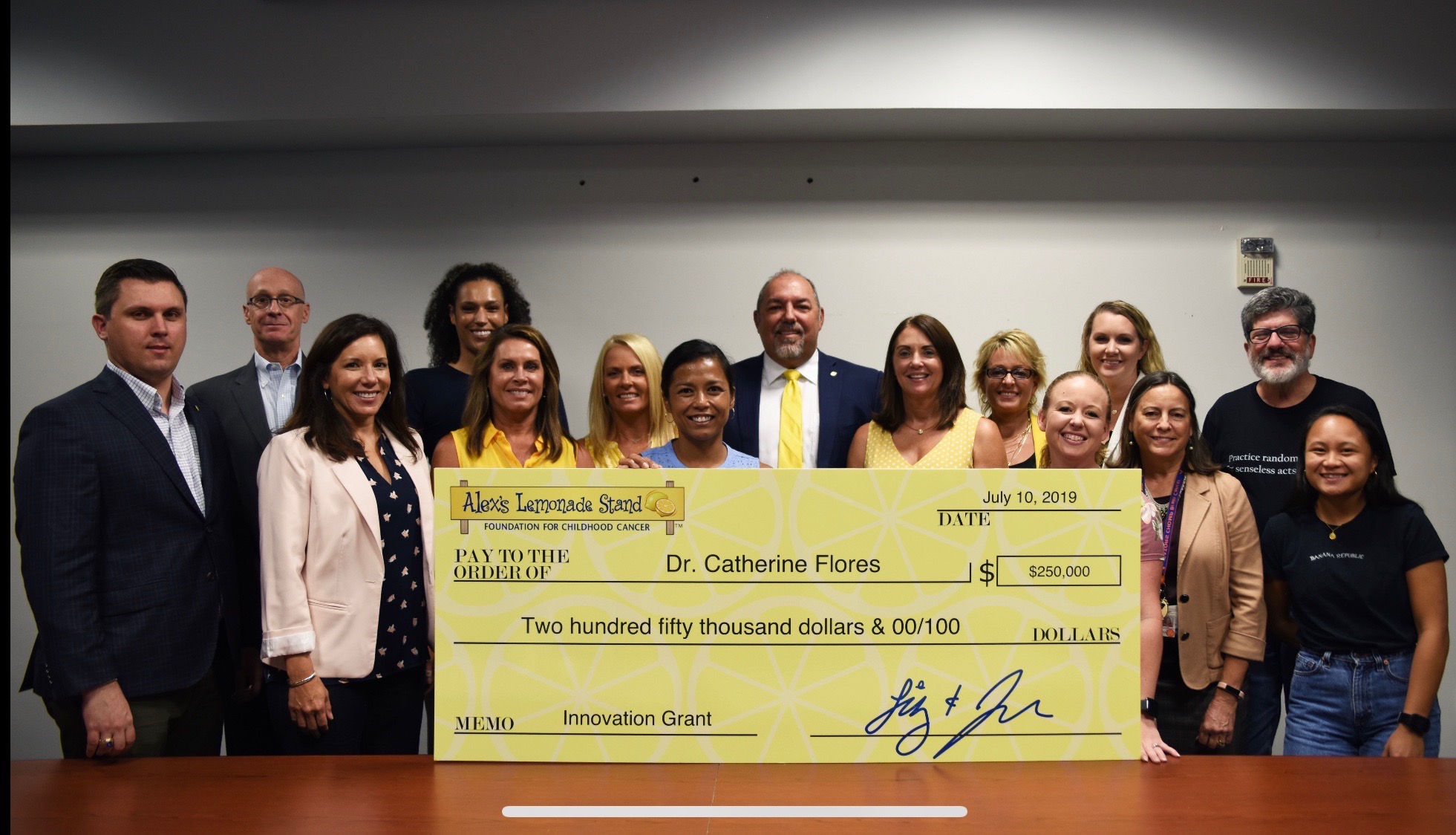 Alex’s Lemonade Stand Foundation, a nonprofit dedicated to finding cures for children with cancer, awarded Catherine Flores, PhD., an Innovation Grant. The two-year grant will bolster her research into the use of stem cells to enhance effectiveness of a technique called adoptive T cell therapy to combat pediatric brain tumors. The grant builds on ALSF’s support of Flores’ research, which began when she was awarded its Young Investigator Grant in 2015.

Flores, an assistant professor in UF College of Medicine’s Lillian S. Wells Department of Neurosurgery and a principal investigator in UF’s Brain Tumor Immunotherapy Program, recently earned a Research Project Grant, or RO1, from the National Institutes of Health that will also support her research in this area.

Adoptive T cell therapy is a form of immunotherapy that involves replicating tumor-reactive T cells in large numbers outside of the body and then delivering them to a person or animal with cancer. Flores has discovered that the addition of stem cells can help guide the T cells to where tumors are growing and direct the T cells more efficiently to brain tumors.

Flores’ early findings and her new grants to support continued investigations could yield novel pathways for delivering immunotherapy, not only for patients with brain cancer but potentially other patients with solid tumors.