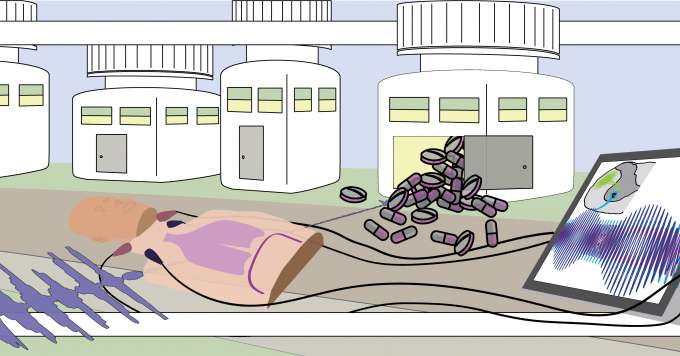 “The advantage of temporal interference stimulation is that stimulating electrodes can be placed at quite a distance from the target,” said senior author David Fuller, Ph.D., a professor of physical therapy in the UF College of Public Health and Health Professions. “These results could lead to new options for first responders needing to rapidly stimulate breathing after drug overdose or therapists aiming to improve breathing after neurological injury.”

The study was led by a UF team including Fuller and Michael Sunshine, a predoctoral fellow in the Rehabilitation Science Ph.D. program.

Read the paper in Communications Biology.