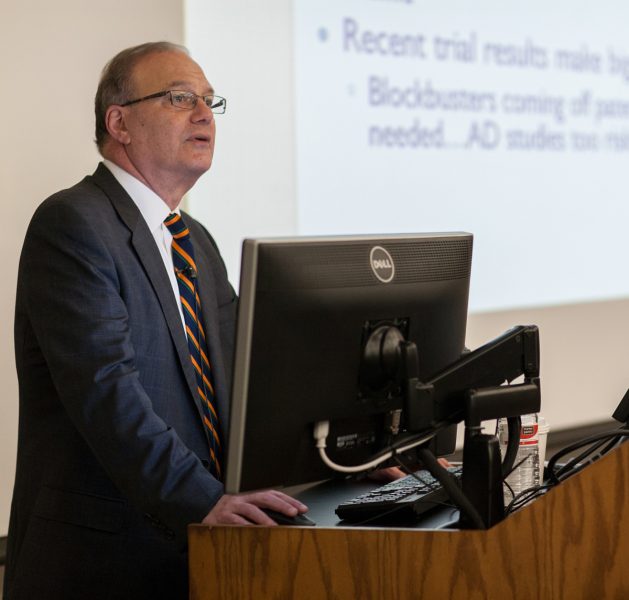 Steven DeKosky, M.D., has surpassed 100,000 citations, according to his Google Scholar profile, with an h-index of 139, putting him among an elite group of researchers to reach these marks.

DeKosky’s basic research has centered on structural and neurochemical changes in the human brain in aging and dementia and the effects of traumatic brain injury, or TBI. His clinical and translational research has focused on understanding the genetics, neuropsychiatric symptoms, neuroimaging and treatment and prevention of Alzheimer’s disease.

In 2020, DeKosky was honored with the Henry Wisniewski Lifetime Achievement Award, which recognizes significant contributions to Alzheimer’s and dementia research, either through a single scientific discovery or a body of work.

In 2018, he was designated a Highly Cited Researcher by Clarivate Analytics, which recognized the top 1% of researchers who had their papers cited the most between 2006 and 2016.

DeKosky is deputy director of the McKnight Brain Institute and the Aerts-Cosper Professor of Alzheimer’s Research in UF’s department of neurology.