While camps are a common summertime activity for children, the Fear Facers Summer Camp serves a unique, multifaceted goal: helping kids with obsessive-compulsive disorder and other types of anxiety find personal growth and improve behavior, while contributing to research efforts at UF Health.

Developed by Carol Mathews, M.D., director of the Center for OCD, Anxiety & Related Disorders, and Joseph McNamara, Ph.D., the center’s associate director — both members of the Evelyn F. and William L. McKnight Brain Institute of the University of Florida — the camp recently wrapped up two weeklong sessions. 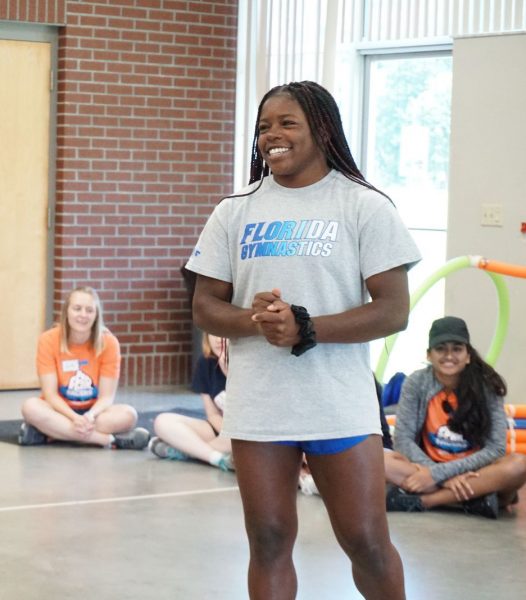 hich launched in 2017, combines traditional cognitive behavioral therapy, administered by providers from the UF department of psychiatry’s OCD Program, with undergraduate or medical student camp counselors who work directly with participants to integrate suggested therapies throughout the day. These can include campers with social anxiety telling stories to groups of people or participants with contamination-oriented OCD touching trash can lids and doorknobs.

This year’s camp also featured collaborations with the UF Athletic Association — several student athletes spoke with campers about their own anxieties; the UF Center for Arts in Medicine, whose staff helped campers turn their OCD or anxiety into a theatre performance; the Santa Fe College Teaching Zoo, whose zookeepers brought along several animals; and the department of entomology and nematology in the UF Institute of Food and Agricultural Sciences, whose students brought insects and other creepy crawlies, providing exposure therapy for some campers.

The camp’s positive impact was noticed by participants’ parents early on in the process.

“Parents have told us that as soon as Day 3 of camp they notice more improvement in their child than they had seen in six months of therapy, and we have had numerous stories like this,” said McNamara, an associate professor of psychiatry in the UF College of Medicine and clinical director of Fear Facers. 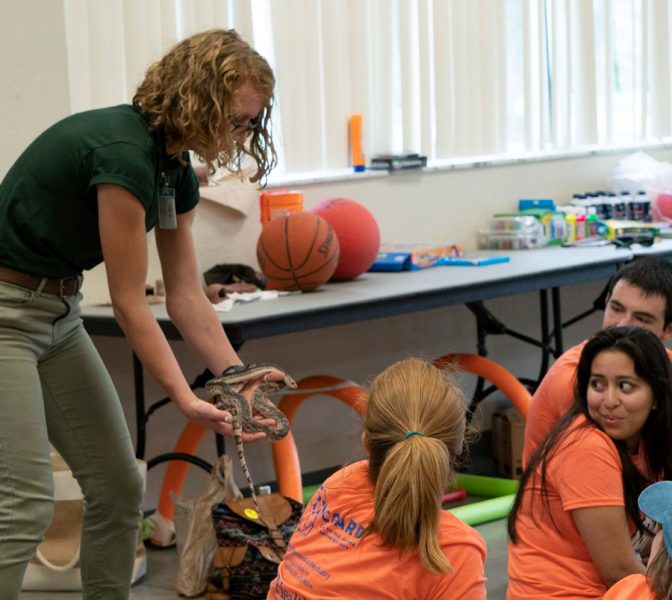 The camp’s success is largely attributed to the social and group dynamics inherent in its atmosphere.

“We know based upon research that camps have great psychosocial benefits, such as feeling supported, having good peer relations and facilitating good group cohesion, or feeling like you’re part of a group and that you fit in,” said Lacie Lazaroe of the UF College of Public Health and Health Professions’ department of clinical and health psychology, who serves as the outreach director, research study coordinator and a therapist for Fear Facers. “The camp is really good for giving kids those kinds of opportunities.”

Researchers are currently analyzing data collected from pre- and post-camp assessments to determine if the experience improved participants’ OCD, anxiety and depression issues.

“We look at OCD symptomatology, anxiety symptomatology and depressive symptomatology,” said Lazaroe, a graduate student in McNamara’s Florida Exposure and Anxiety Research Lab. “We also look at self-efficacy, which is the idea that these kinds of interventions can increase the kids’ perception of themselves … similar to improving self-esteem.” 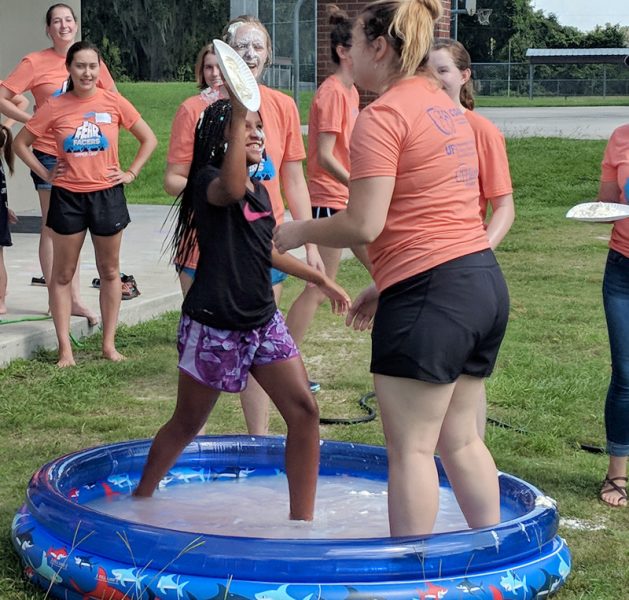 Plans to expand Fear Facers are underway and include adding additional camp sessions, designing a similar camp for adults and developing a fund for underprivileged children to help cover camp costs.

McNamara is encouraged by the promise the camp has shown to campers and their parents.

“What’s most important for me is that people recognize that there’s hope,” McNamara said. “There are a lot of people struggling, and it’s really hard to see your child dealing with something that can be as disabling as OCD or anxiety. I want parents to know that there are good treatments out there, and there are evidence-based interventions that can help.”